Breaking News
Rockefeller, the tiny owl in the NYC Christmas tree, is back in the wild
🐶 French Bulldog Puppy Has Stopped Playing Around | FULL EPISODE | S03E13 | Vet On The Hill
Newborn Red Wolf Puppies | Secrets of the Zoo
Hairless dogs rescued from alleged neglect
Skip to content

An example of compassion, inclusiveness, and the power that each person has to make a positive difference in the world occurred over the past several months when a community united to save the life of an adult male deer in peril, in Glendale, California.

WAN had the opportunity to speak with many of the individuals in the community who worked together to help free the buck whose antlers were tangled in a life-threatening combination of discarded heavy-duty construction wire and mesh.

The harrowing situation began to unfold in late September when Glendale residents Aren Youssefians and Alex Hill spotted the deer on their ring camera with what they believed to be chicken wire wrapped around his antlers. Worried for the deer’s safety, they shared a single post on a neighborhood app, which turned into a thread of hundreds of people wanting to help free the deer. 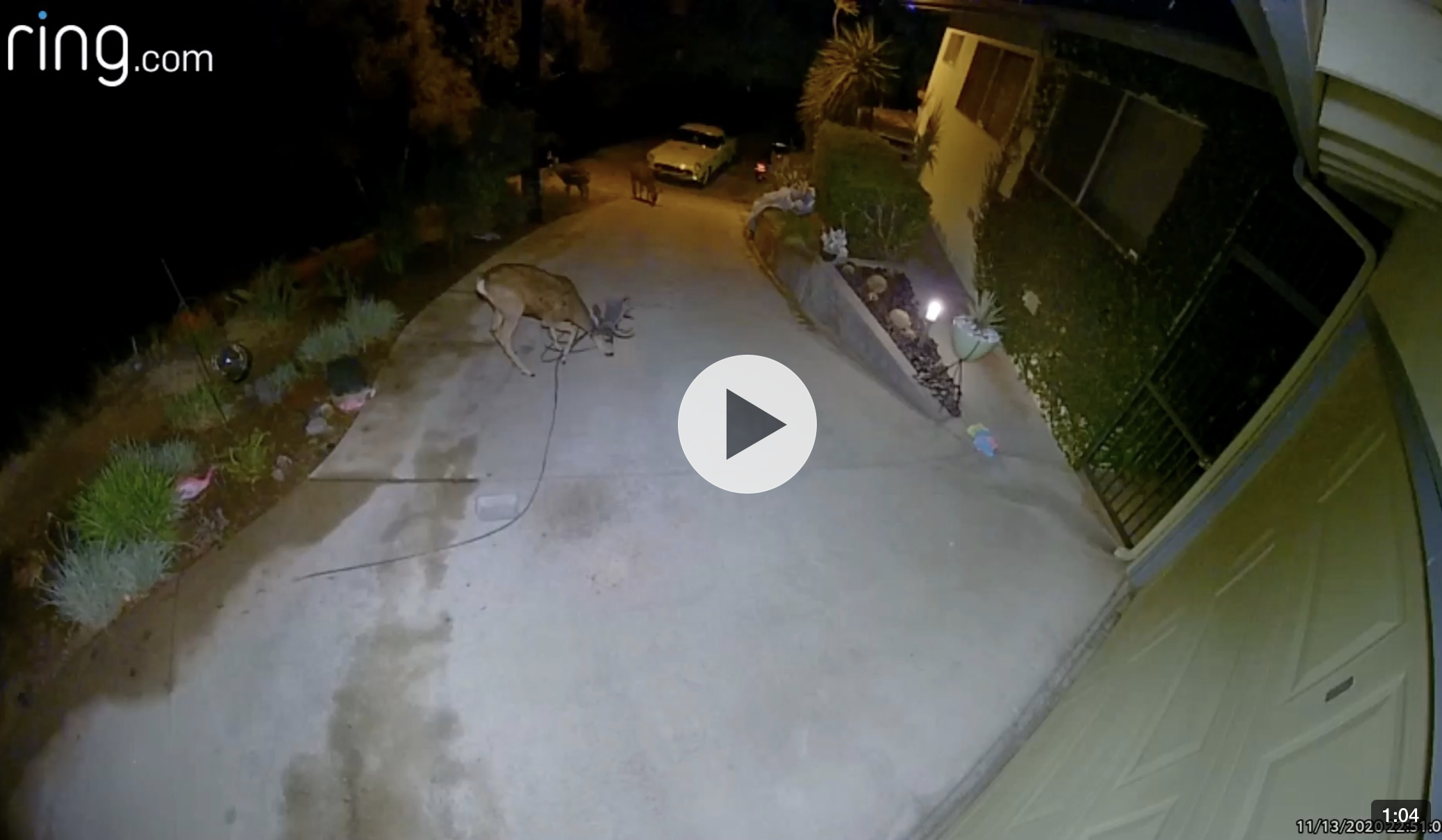 “It was difficult to watch the buck struggle walking up and down the driveway and to witness how his condition was deteriorating in subsequent videos,” Youssefians told WAN, further explaining that they were noticing more deer looking for food and water in their backyard this year, a sad consequence of the recent wildfires in the area.

Animal advocate Mick Davoudian, who shared with WAN that they “kind of lost hope when the deer vanished for two weeks,” was among those responding to the videos that Youssefians and Hill continued to post over the months-long effort to save the deer, who has since been named Houdini. 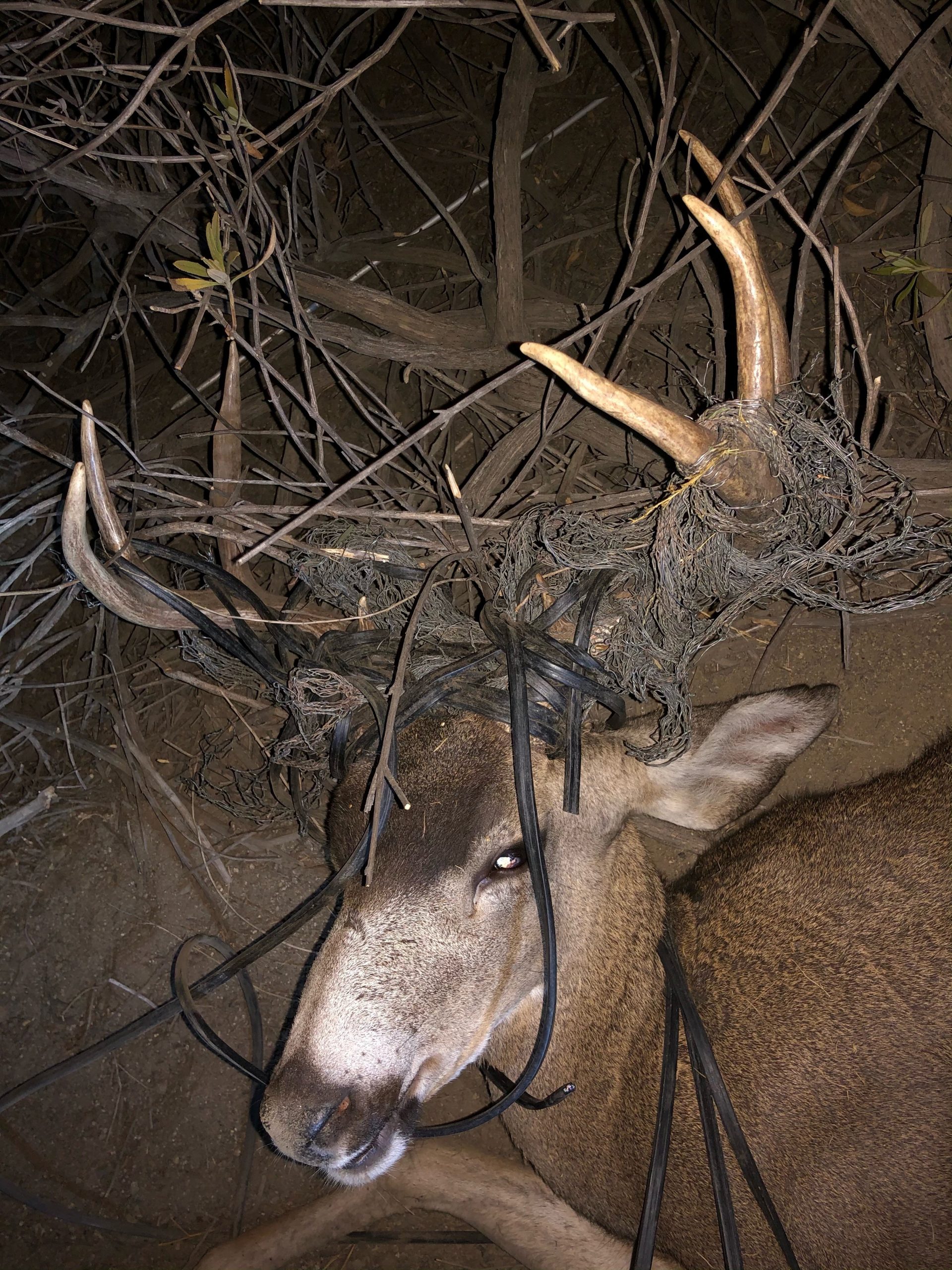 Davoudian contacted fellow animal advocate Lisa Karlan, who discovered that rehab facilities could not help with the compromised animal because adult male deer get captive myopathy; an exertion or stress-induced muscle degenerative disease that affects captured wild animals. Often fatal, the condition is a threat to animals and people.

Determined, Davoudian and Karlan continued to enlist the assistance of others including compassionate veterinarians, Dr. David Robertson, from Select Equine Veterinary Services, and Dr. Krystal Burns, from PAC. “We had everything set up, but no place to go,” noted Karlan, referring to having the vets, a portable x-ray machine, and other materials, as well as transport, on stand-by to help the deer and move him to a rehab facility when needed.

Through a referral by Anna Reams, the Founder of Wildlife Care of Southern California, the team grew to include California Fish and Wildlife Warden Elia Piedra, who was key in saving Houdini’s life.

Warden Piedra explained to WAN that she became more concerned for the deer after viewing the footage taken several weeks after the initial videos. The wire cable was now moving down from the antlers to around his neck. He was also limping on his front right leg. 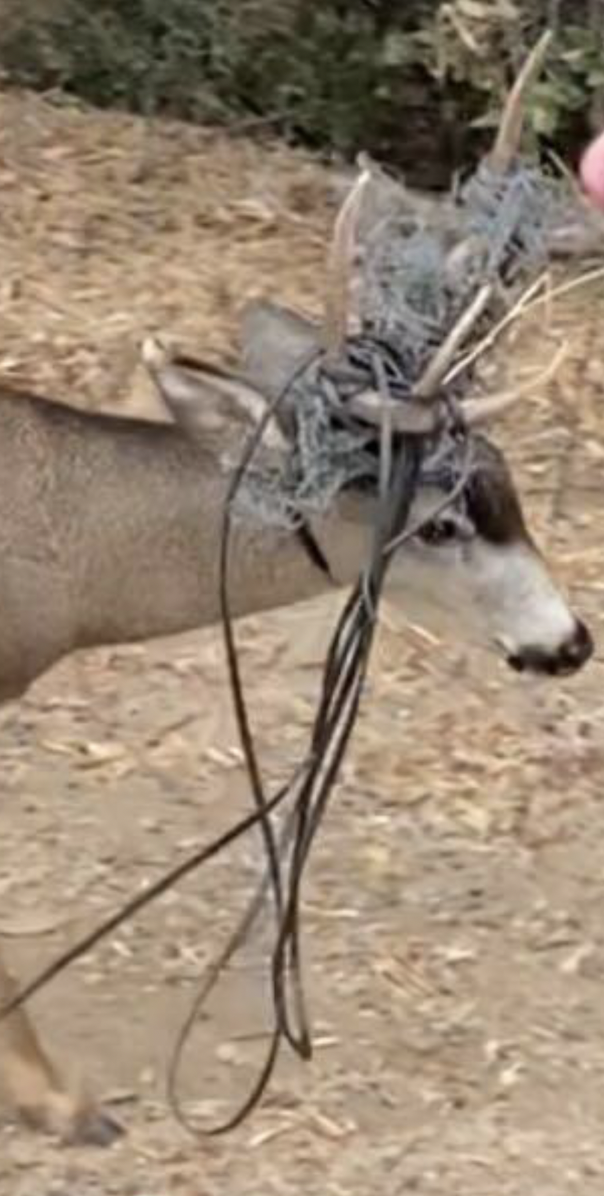 This past Saturday night, Houdini appeared again on the ring camera, prompting the team to assemble, watch, and wait for hours.

While members of the team left around midnight, Warden Piedra and now Warden Bagmanian stayed throughout the night and into the early morning hours. After battling the challenging terrain and hiking numerous times through the dense brush up to the other very steep hillside, they found Houdini asleep. Warden Piedra was then able to use a dart to immobilize the deer so they could help him.

“Removing the antlers was the quickest and safest way to free him. What we thought was netting and rope around the antlers, ended up being metal mesh and cable. So, unwrapping it was impossible,” explained Warden Piedra. “Warden Bagmanian sawed off the antlers while I kept the buck’s head still and monitored his breathing through the process.” 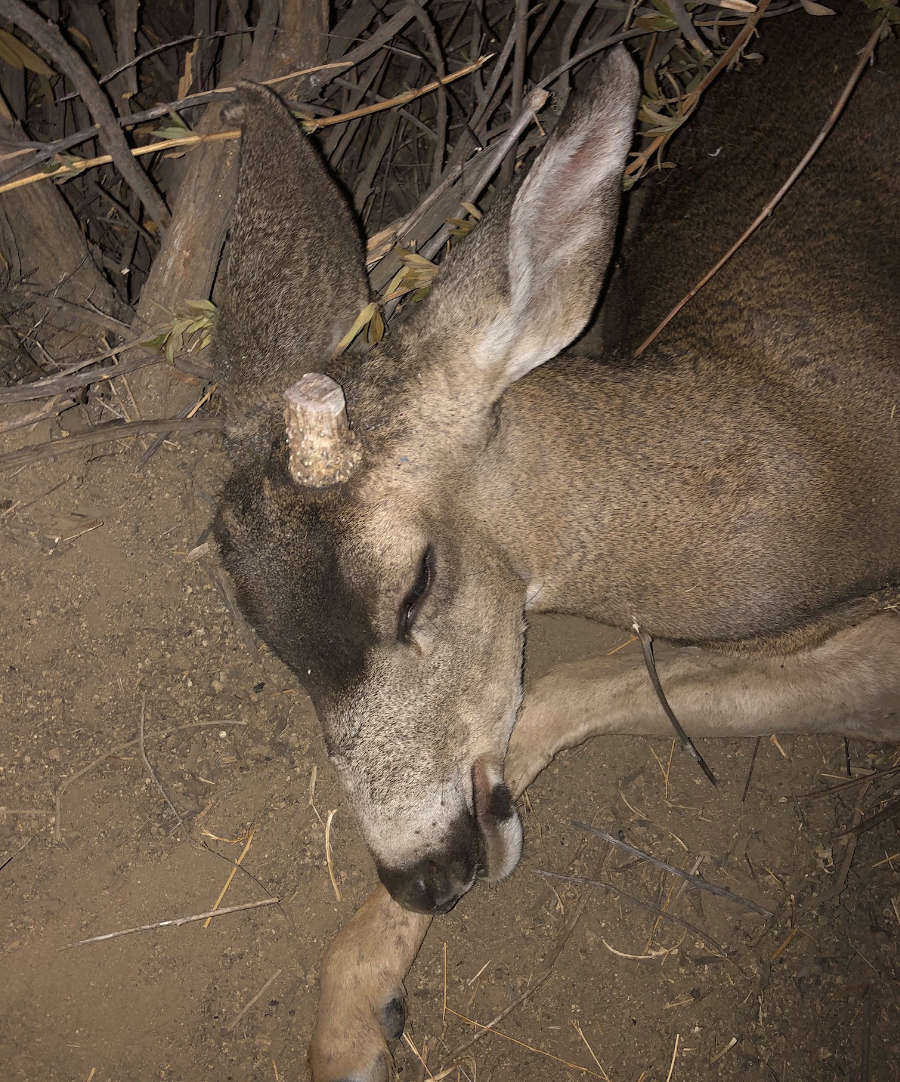 It was around 3:06am on Sunday morning when Youssefians and Hill received a text from Warden Piedra that included a picture of the buck without his antlers and the message, “We got him, he’s free!”

“The second that his antlers were off,” Warden Piedra told WAN, “Warden Bagmanian and I literally shouted and gave each other a high five. We knew that he was now going to be ok. And, he was happily snoring throughout the entire ordeal!”

The online community was also thrilled with the news. According to Youssefians, one person replied to the update that she “woke up with tears of joy,” while another commented that “with 2020 being such a chaotic year, this is the best news!” 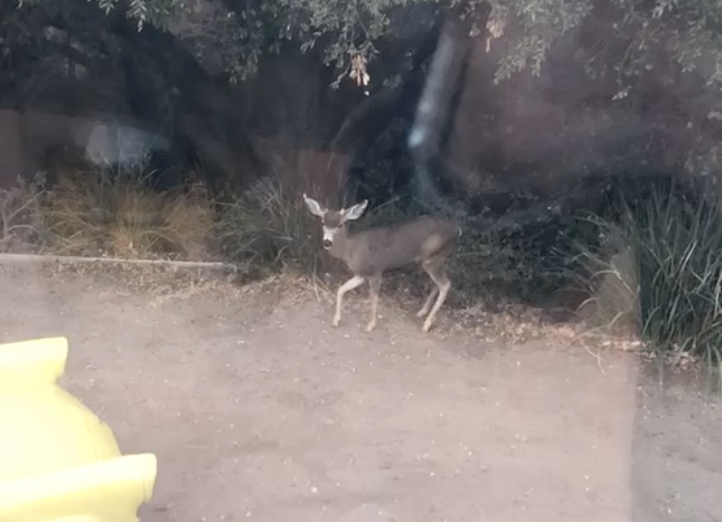 When questioned about what advice Warden Piedra would give to the public to avoid another situation like this, she said, “Just to be aware that we are cohabitating with wildlife. Make a little extra effort to ensure that items like what was wrapped around this buck’s antlers are not just left lying around. It’s not only a hazard to wildlife, but to people as well.”

Dr. Burns, who, as a veterinary student, worked with a team in South Africa that darted deer and giraffes before safely relocating them to safer locations, also said that people should remember that they need to coexist with the animals now that the wildfires have destroyed most of their natural habitat. Be kind and compassionate.

WAN is thrilled to share an update that Houdini the deer has been spotted with some of his friends after being saved. He appears to be healthy and happy.

WAN appreciates and applauds everyone who contributed to saving Houdini’s life. This is a powerful example of a compassionate community uniting to help an animal in need.

You can help all animals and our planet by choosing compassion on your plate and in your glass. #GoVeg

The post WAN Exclusive: A Heroic Community Unites In Months-Long Effort To Save An Injured Deer Whose Antlers Were Tangled In Wire Mesh appeared first on World Animal News.

All your pet’s needs, delivered free on your schedule. Save 35% on your first order, plus an 5% back with Pals Rewards. Change or cancel anytime.

Rockefeller, the tiny owl in the NYC Christmas tree, is back in the wild

30% Off Everything! Code Automatically Applied at Checkout!

Stop Spending All Your Money On Pet Medicine! Get The ACRX Discount Card Today And Save Up To 80%!